An express container train on the Vladivostok – Moscow route was launched as part of the opening of the new port terminal in Vladivostok. As was reported to RIA PrimaMedia by Transit LLC, the operator company which organized and loaded this train, the proposed service will make it possible to deliver cargo from the east to the west of the country in just 11 days.

With the commissioning of the second stage, the terminal is a modern berth with high-quality professional handling equipment. The main task of the terminal is to provide a unique service for terminal cargo handling and subsequent formation and dispatch of express container trains for the Far East.

The ceremony began with a traditional red ribbon cutting and ended with the no less traditional operation of placing the last container on one of the platforms of the train. It is symbolic that the last ‘missing link’ was a container belonging to the famous logistics company of Primorye Territory, Transit, as it was Transit containers that were loaded on the first express container train which departed from Vladivostok to Moscow.

The main advantages of shipments by express container train are delivery time (time en route from the departure station to the destination station is 11 days with a route length of more than 9,000 km) and service stability (scheduled frequency of service is two times a week), as well as the convenience of transportation. Containers are reloaded from the ship without additional movement (consequently there are no extra costs), and there is no need to open them, which ensures the safety of the cargo. Importantly, containers are loaded on platforms in one place, without trucking between loading and unloading sites. One of the main advantages of the service for Transit LLC is the ability to work with its own rolling stock, which allows for uninterrupted operation along the route according to an agreed schedule. 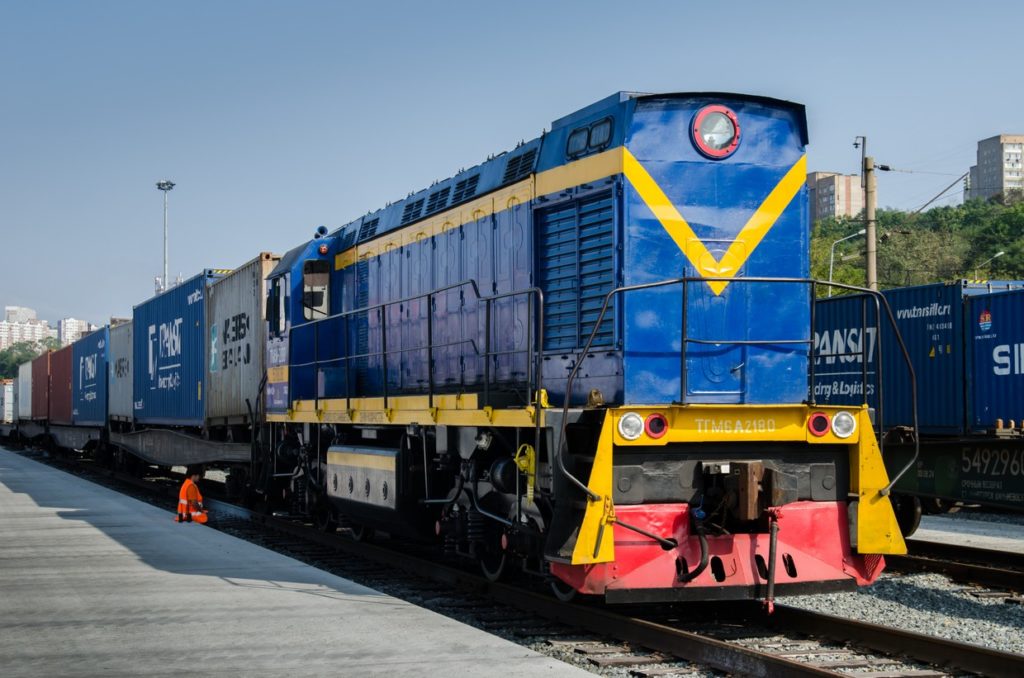 For our company the accessibility of the terminal is also attractive: the proximity of the sea water area provides an increased frequency of ship calls, the location of the terminal in the city allows us to use vehicles widely, while the availability of own access railroads provides an exit to the major railway lines,” said the spokesman to the agency.

This is very convenient for Transit LLC, because the company offers its customers a comprehensive service for the arrangement of container shipping from ports in Southeast Asia as well as major ports around the world to the end consumer in any location within Russia and the CIS via its own transport, without the involvement of intermediaries. This service now includes the provision of sea, rail or air shipping, delivery by road and terminal handling of goods, as well as customs clearance of the goods.

Russia has long been a bridge between Europe and Asia. This is true not only geographically, but also culturally and economically. One of the components of such an economic ‘bridge’ is an extensive network of railroads in our country. Transit flow through the territory of any country is an opportunity to develop domestic production and receive additional budgetary taxes due to the shipping of goods in transit. “The unique Trans-Siberian Railway, which has several entrances and exits, plays an important role in domestic and foreign shipping through the territory of the Russian Federation,” said Maxim Timonichev. “The launch of this train will contribute to the development of container transportation from Southeast Asia to western Russia and CIS countries; it will contribute to the consolidation of container flows and the reduction of delivery times and shipping costs.

Parus mobile app is available for download from App Store